Holy Moly! We got some wonderful submissions. So much imagination and creativity! Here are some of my favorites so far. 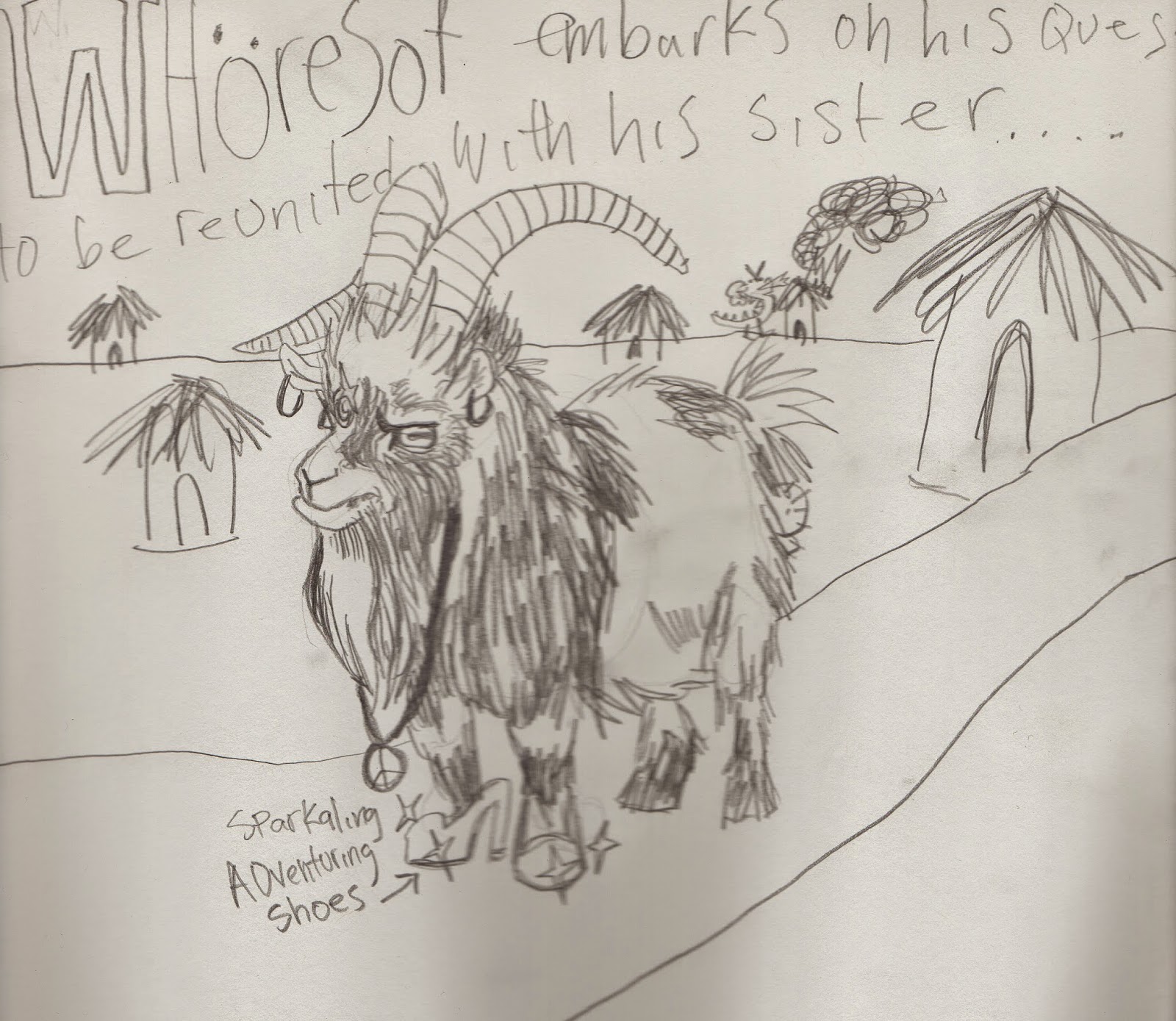 Here's a picture of Whöresof by Anastasia Lutnesky. Look how cool his adventure shoes are.
He must be in Dragonland. 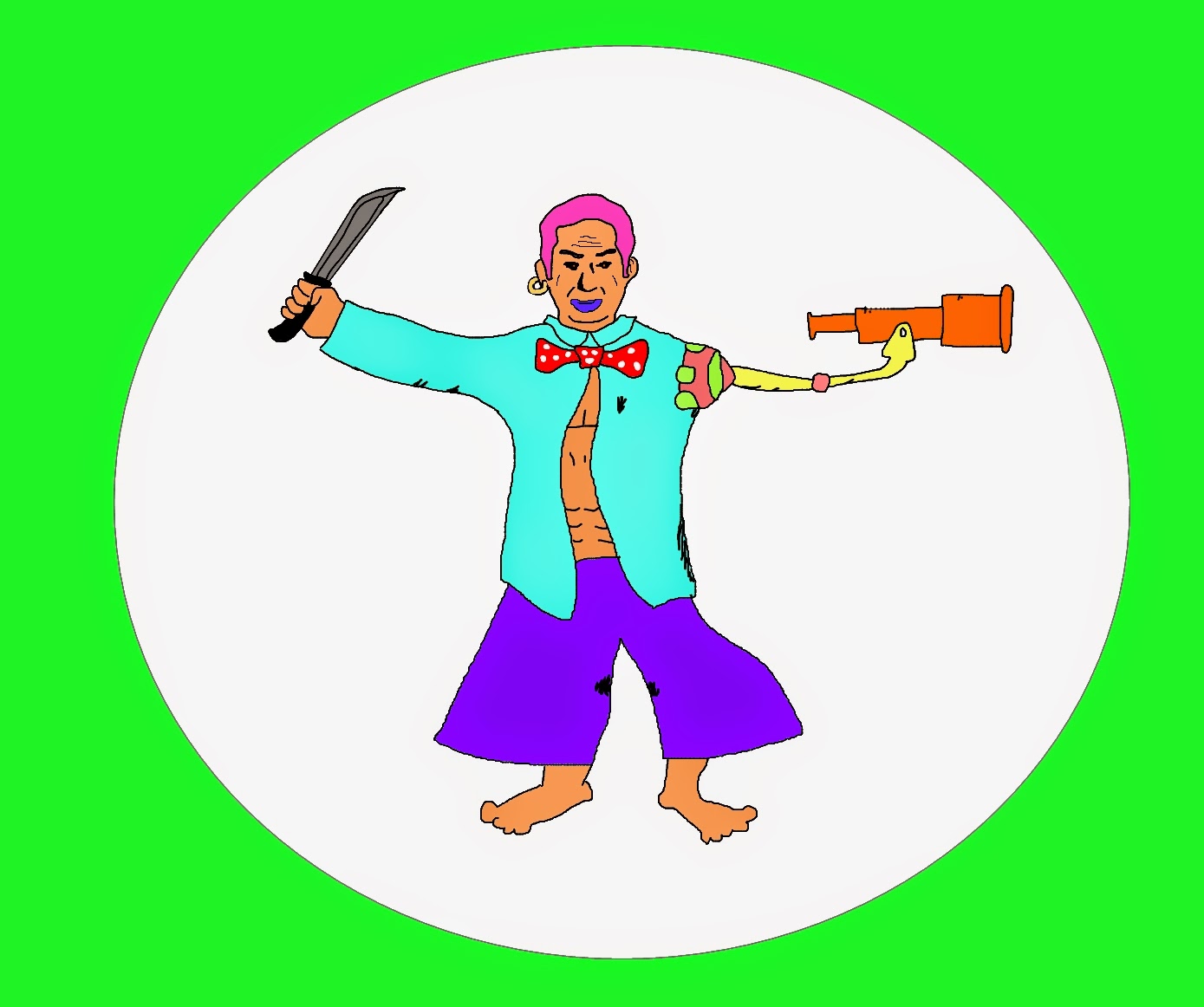 Here's a picture of the Tryant King that Matt "Cheezy" sent in.
I'll let him explain his wonderful creation.


This is a picture of King Stormy Knives, during his younger years. He has a spyglass arm, with which he searches for innocent letters to put in his dungeon. He can hypnotize people with his trademark bow tie, and obviously he is good at fighting with knives. I expect that as an old man, he simply has one arm, as he no longer needs the spyglass arm. 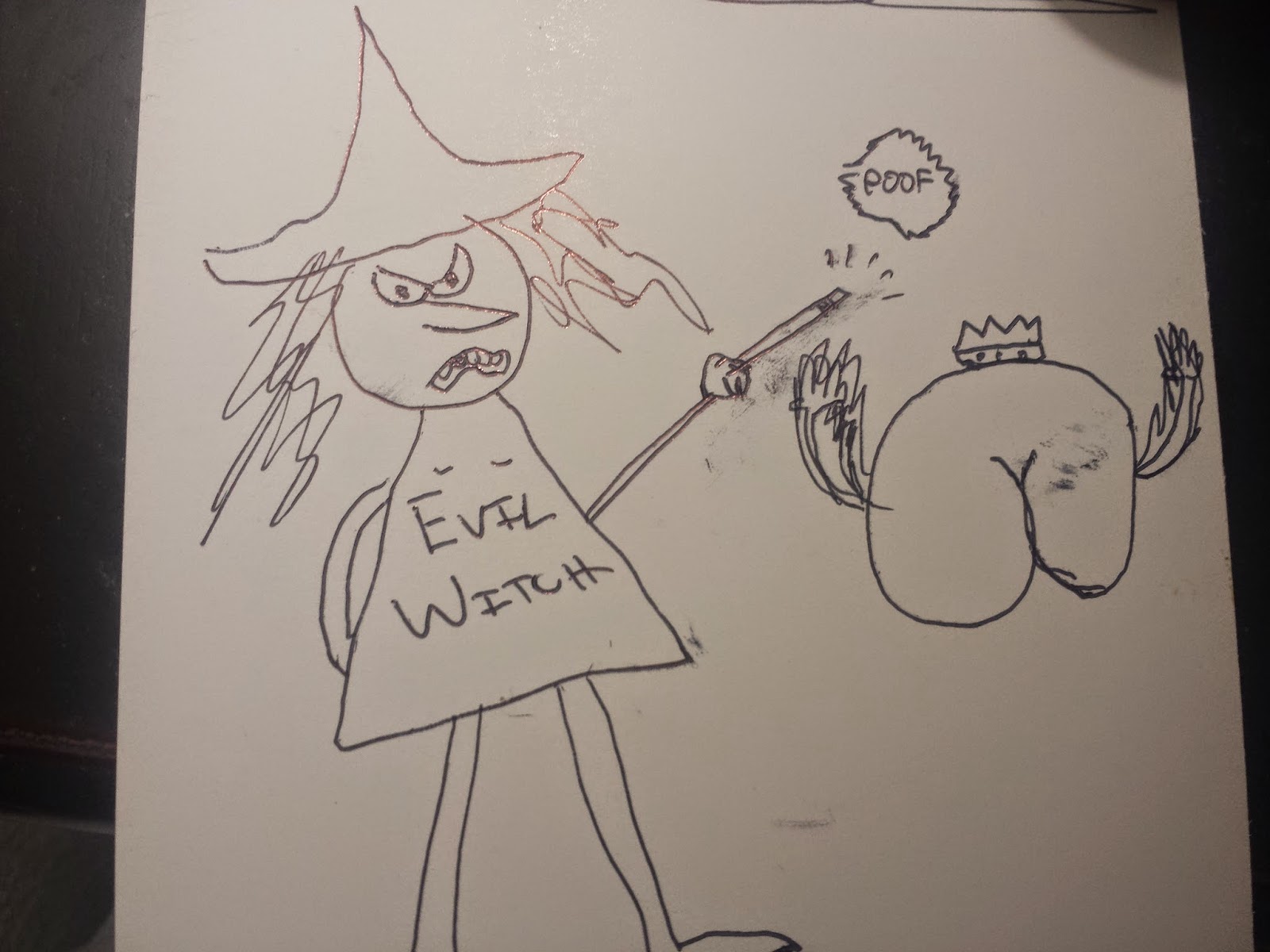 Jesse Johnson sent in this concept art for a story idea she had where
the evil witch turns Slütsof into a butt. 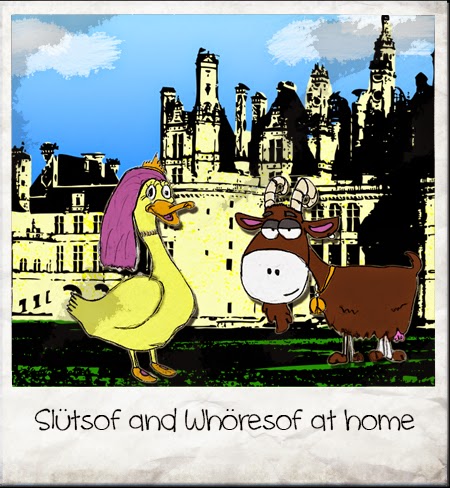 Here's a polaroid of Whöresof and Slütsof finally reunited back at their castle
sent in by Veronica Scallion. Slütsofs looks so happy! 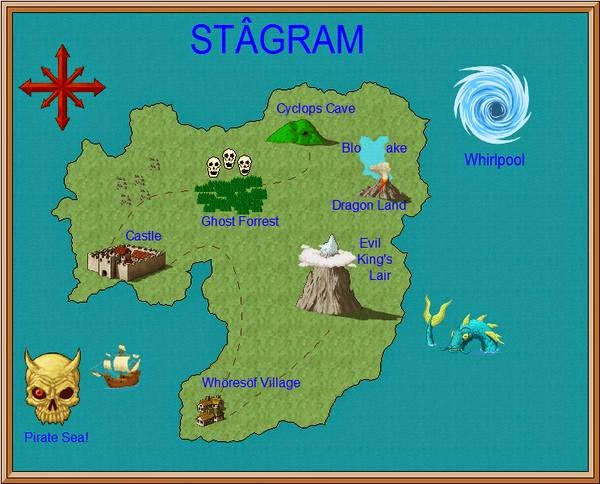 Here's a professional looking map of Stagrâm by Mandalorero.  Watch out for the whirlpool. 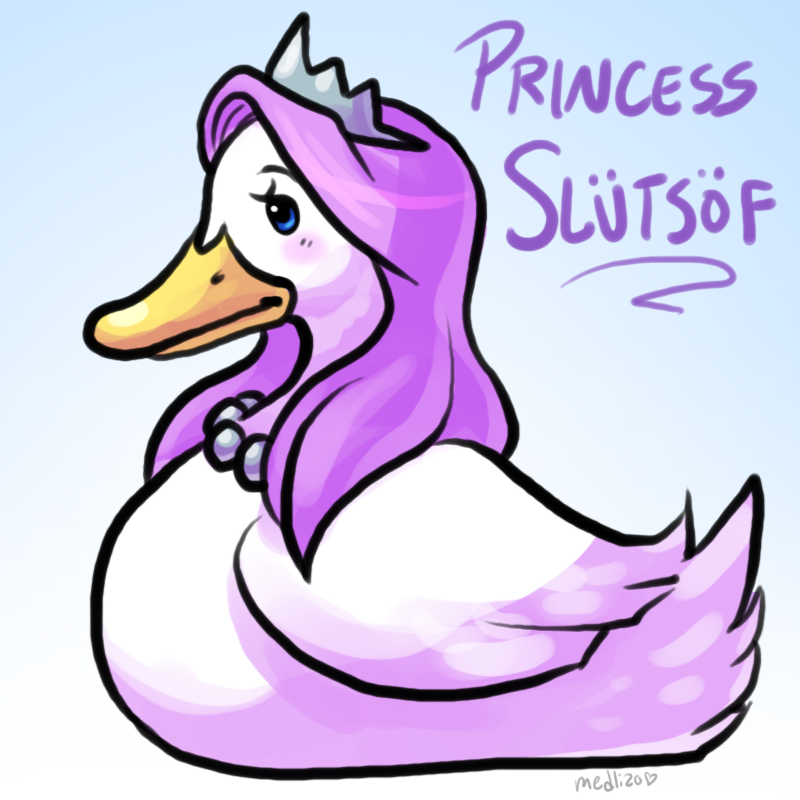 Thanks everyone for your amazingly creative submissions. Don't worry there's tons more to come, but this Stagramian has to go to bed. And if you sent something in and don't see it, don't fret it'll be up tomorrow.